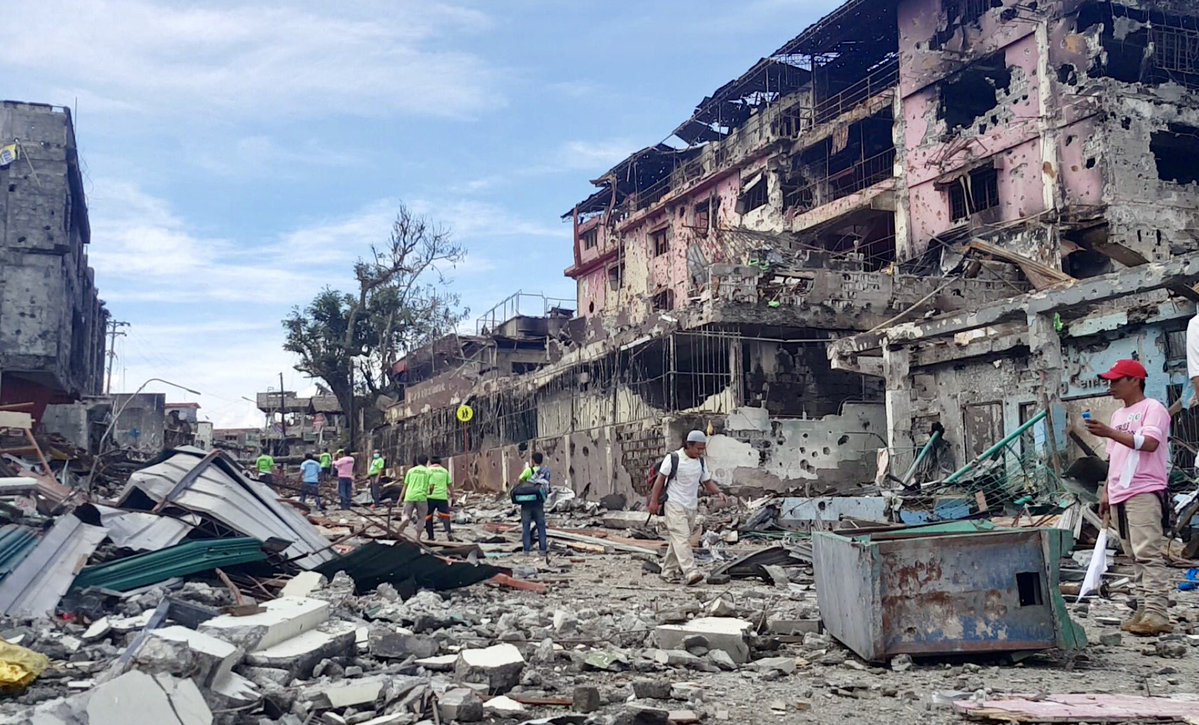 The Philippine army’s battle against ISIL has entered its fifth week.

Hundreds of civilians have been killed in the crossfire between the army and ISIL-linked groups.

Authorities have  portrayed the siege of Marawi, 830 kilometres south of Manila, as a response to a botched military operation to capture wanted terrorist and ISIL linked leader Isnilon Hapilon.

However, Hapilon may have escaped the battle between the army and Maute group in Marawi City.