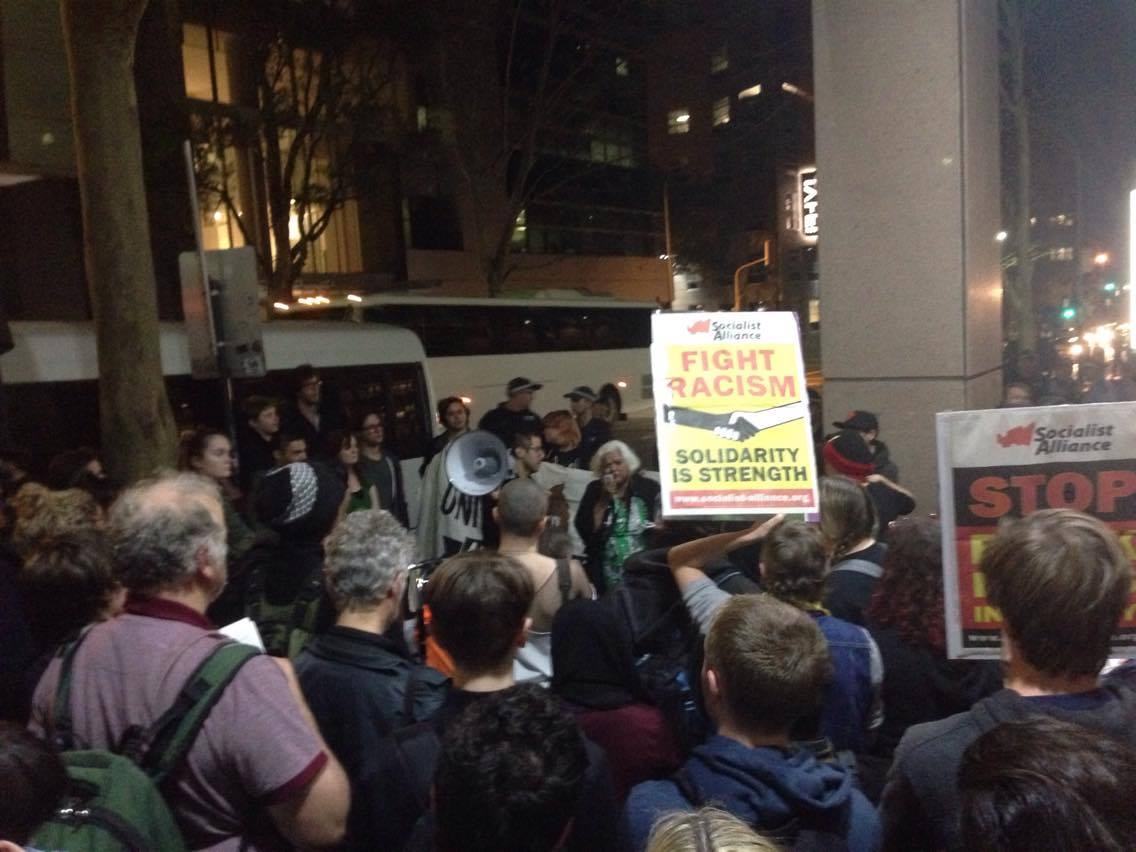 Play
Stop
Protesters in front of the ABC building Ultimo

The controversial Right Wing figure Pauline Hanson has secured at least two seats in the Senate, which has sparked outrage from some members of the community.

Last night two groups of protesters faced off in front of the ABC studios over the policies of Pauline Hanson who was appearing on the QandA program that night.

The Wire examines the role that the Mainstream Media has played when promoting her views.

Download Audio
Produced By
Featured in storySam Dastyari, Labor Senator Pauline Hanson, Senator Elect , One Nation PartyOmar Hussan, Protest Co-ordinator with the Socialist AlternativeNick Fowlkes, Chairman of the Freedom Party of AustraliaChristina Ho, Senior Lecturer, University of Technology Sydney
Category
Tags
Arrow Back to archive
Arrow Back to Tuesday
Share Facebook Twitter Twitter Tumblr
Other stories from this day:
You might also be interested in: