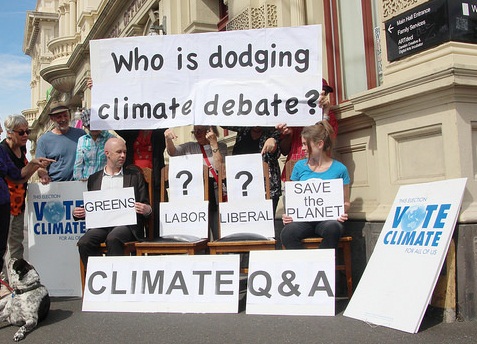 Play
Stop
Image: 'Where are Liberal and Labor on the climate debate?' by Takver on Flickr

Despite mounting scientific evidence that man-made climate change is occurring, Australia is still mired in the climate change debate. Last night’s Q and A showed that the debate in Australia over the past few decades, hasn’t moved very far. Statistics from the CSIRO show nearly half of us don’t believe humans are the cause of global temperature rises. So what is it about climate change that Australians aren’t grasping?