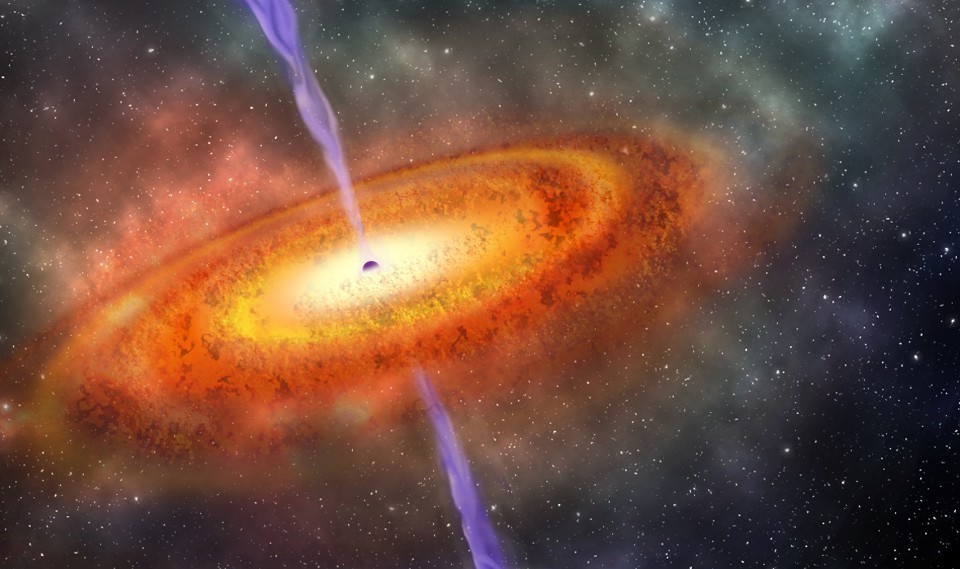 Play
Stop
The newly discovered black hole comes from a galaxy that was formed a mere 690 million years after the big bang.

Scientists have discovered the most distant supermassive black hole in the universe. The newly discovered black hole and its quasar are 800 million times the mass of the sun and come from a time when the Universe was just 5% of its current age.

The quasar is so bright that it could be a gold-mine for future research into the origins of the universe. Scientists estimate that only 20 to 100 quasars as bright and as distant as the newfound quasar exist in the visible universe.