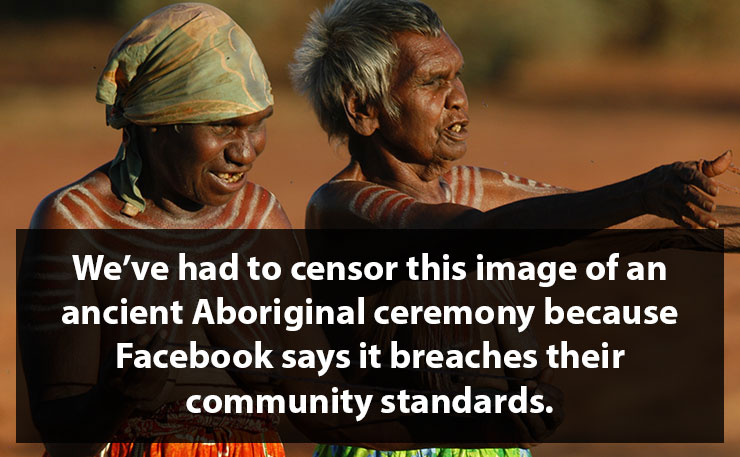 A photo of two topless Aboriginal women practicing culture has been the source of fierce debate on Facebook this past week. Online news site New Matilda posted the photo on Facebook, alongside a speech delivered by Arrente woman Celeste Liddle. The photo was deemed in breach of Facebook’s community standards due to the women’s nudity. Liddle, New Matilda, and users who shared the post were subsequently suspended from the social media site. Now they are fighting back, calling out Facebook for its apparent double standards.