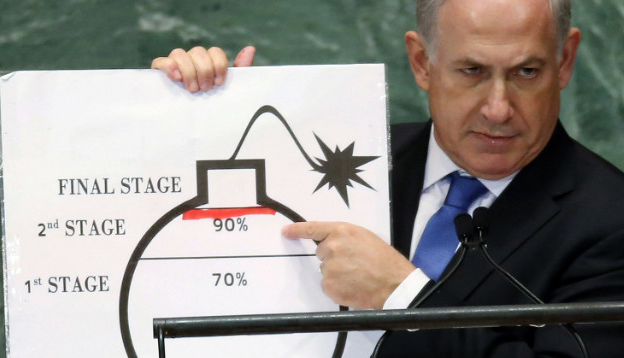 Israeli Prime Minister Benjamin Netanyahu has unveiled “half a tonne” of papers and 183 CDs of evidence allegedly proving that Iran has violated its agreement to cease its development of nuclear weapons.

It’s not the first time Mr Netanyahu has publicly criticised Iran’s possession of nuclear power, but his claim that Iran has lied to the international community is alarming when the US’s decision to keep upholding the agreement is almost due.