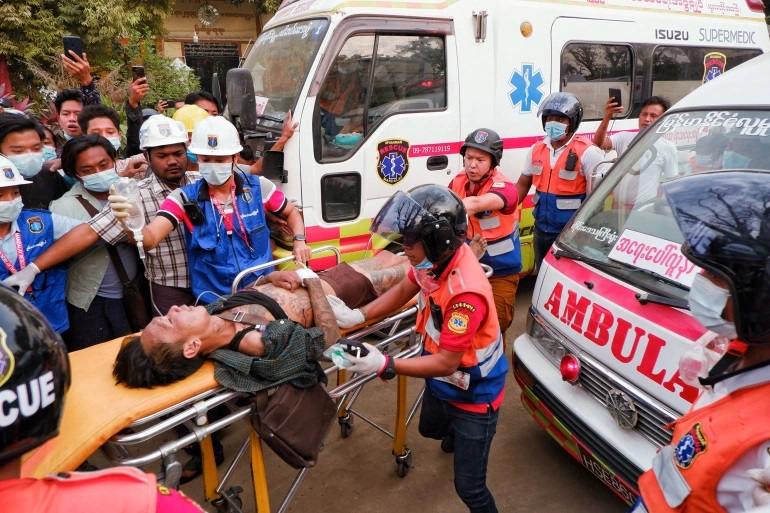 Today Myanmar appears headed into a full scale general strike in opposition to the military junta.

At least two people were killed by police and armed forces in Mandalay over the weekend, and thousands gathered on Sunday in Naypyidaw for the funeral of 20-year-old Mya Thwate Thwate Khaing, who was shot in the head at protests in the capital.

This report was facilitated by  a translator provided by Union Aid Abroad.