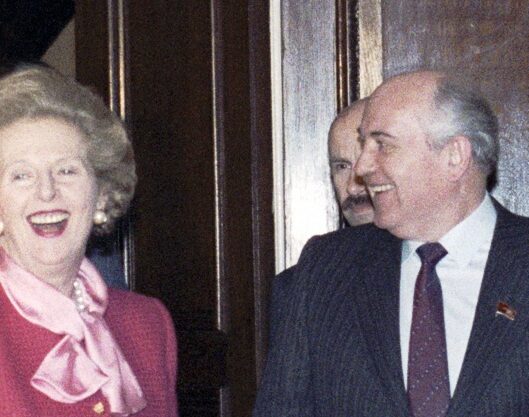 After the death of  USSR President Brezhnev, both subsequent Presidents Yuri Andropov and Constantin Chernenko also died within a year of one another and the world waited to see what the Politburo and Party heavies would do.

They chose a young progressive who was favoured by Andropov – Mikhail Gorbachev.   Gorbachev was welcomed by both UK’s PM Margaret Thatcher and the US President Reagan as someone they could deal with – and then the Cold War seemed to draw to a close.

The reforms made by Gorbachev also fuelled nationalism in various USSR republics and the union broke up.  Many Russians liked the new freedoms but disliked the breakup of the old USSR.