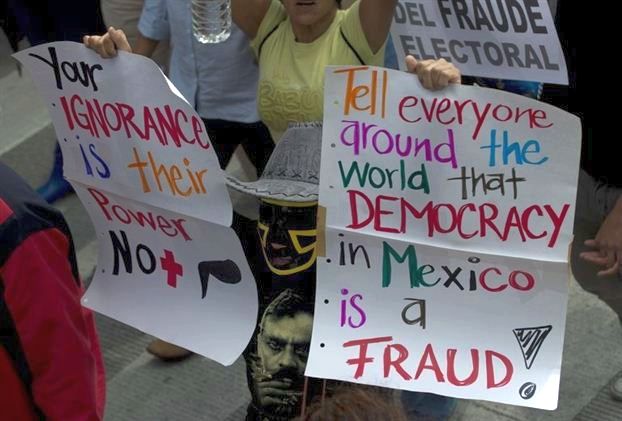 In Mexico City people have taken to the streets in their millions to protest the Presidential election result, which hands power back to the infamous Institutional Revolutionary Party.

The PRI ruled the country as a dictatorship for over seventy years and now they’ve come back through another controversial Mexican election. The protestors are saying the PRI bought votes and staged a media blackout of alternative parties.Documentary-maker Dr Colm McNaughton travelled to Mexico and saw the poverty and corruption under the democratic mask. He says says the corruption and the protests are just part of a far larger and more troubling situation in Mexico.