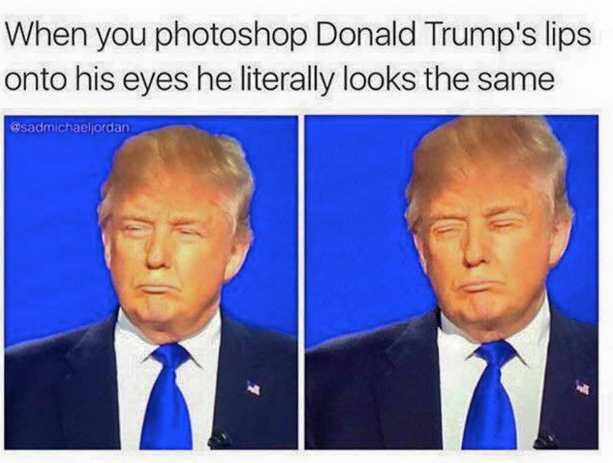 Play
Stop
Image : 'If you photoshop Donald Trump's lips onto his eyes he literally looks the same', by throwaway234f32423df on Reddit

Memes originated in the dark corners of the web. But now they have grown to the point were some academics think they influenced the 2016 US presidential election.

With memes becoming a more mainstream way of communicating social and political satire, the role they play in the future of democracies around the world is understudied.