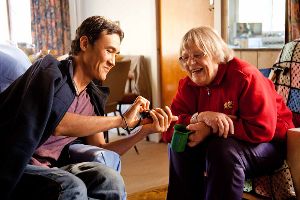 After stepping off the plane from overseas, documentary maker Heather Kirkpatrick decided it would be the year she would make a big film. And one week later she found an unlikely story that has begun to change the minds of many people. Mary Meets Mohammad explains how one lady’s beliefs are turned upside down when she steps into a detention centre in the least multicultural state in Australia.

It details the story of what happened after Tasmania introduced its first detention centre – home to 400 male asylum seekers mostly from Afghanistan. After 16 months of filming, Mary Meets Mohammad has been nominated in the top four emerging documentary makers at this year’s DocWeek in Adelaide.