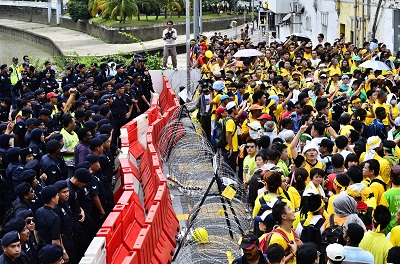 The dust is still settling after protests for electoral reform in Malaysia at the weekend. Protests were mainly peaceful in the 87 different locations worldwide from Sydney and Melbourne to New York. But it was the dramatic scenes in central Kuala Lumpur that made headlines across the world when police fired tear gas and a water cannon at people in the vicinity, including Australian senator Nick Xenophon. It is still unclear how the demonstration that was intended to be peaceful turned violent, but activists say what is clear is the protests have struck a deep chord among the Malaysian public, with many protesters first-time voters who have never protested before.