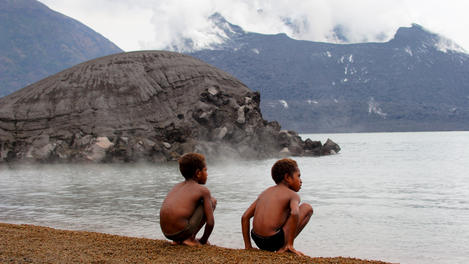 An Indonesian police and military crackdown planned to evict thousands of striking workers at a mine in West Papua has been called off in the final hour. Tensions are at breaking point in West Papua as thousands of workers continue to blockade one of the world’s largest copper and gold mines, the Freeport McMoran mine in Grasberg. Several people have already been killed in a series of clashes between police, the military and workers at the mine since the start of the strike in September. Today, Indonesian police and military were due to break the picket lines and shut down the protest, raising fears of more brutal confrontations. However local and international support has delayed the move.