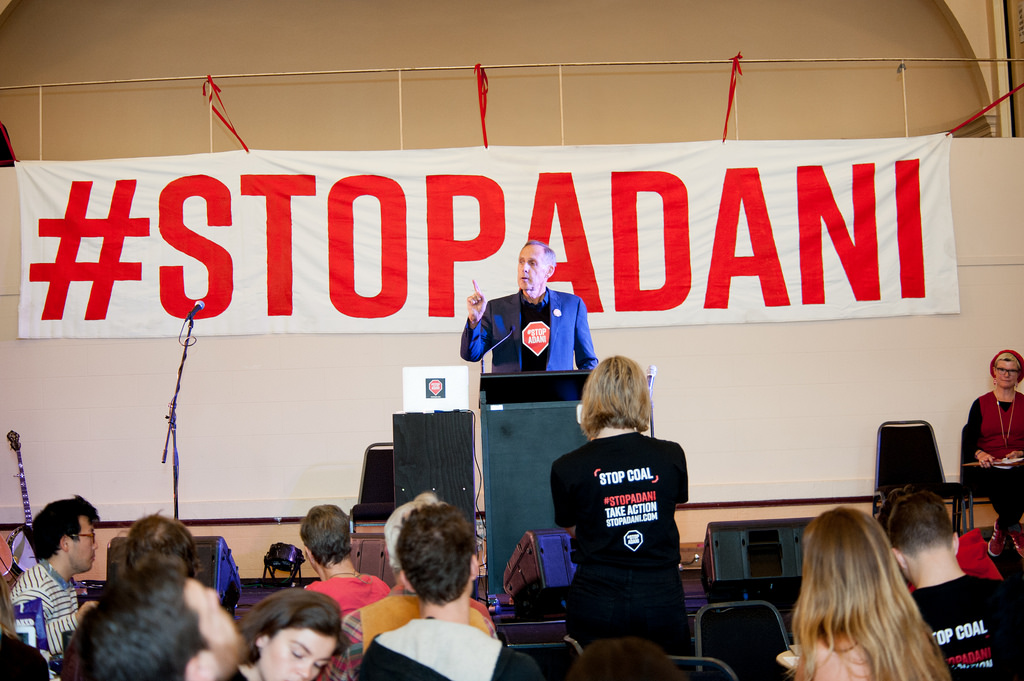 Protest against Indian coalmining giant Adani’s designs on northern Queensland’s Galilee Basin were strong but scattered until Bob Brown and Geoff Cousins got on the phone to each other. Quentin Beresford’s tracking of this particular environmental campaign identifies the moment the former Greens leader and the businessman-turned-activist joined forces under the sign #StopAdani as when the campaign became one of the most effective in Australia’s history.