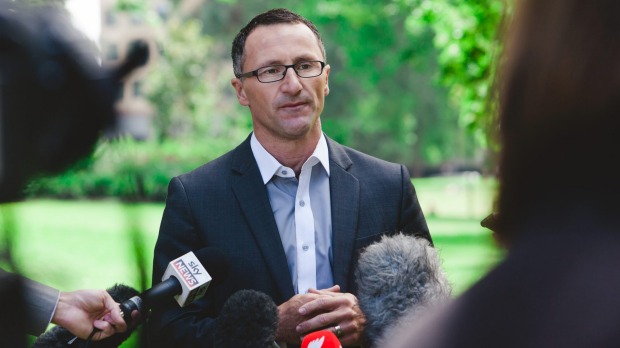 We’ve had a wild year in politics this year, with former Prime Minister Tony Abbott dethroned by Malcolm Turnbull in September, and constant speculation about Labour leader Bill Shorten’s political life with a 14% approval rating. We’ve even seen Pauline Hanson throw her hat back in the ring, and Clive Palmers’ political star waning. While we spent the year contemplating leadership issues in both major parties, the federal Greens were undergoing a major reshuffle of their own; a new leader, a new look leadership team, and new direction. The Greens leader Richard di Natale says he’s gunning for the vote of mainstream Australia. But will the change in direction mean a result for the Greens in the 2016 federal election?

Download Audio
Produced By Emma Rapaport
Featured in storyRichard Di Natale, Australian Senator and leader of the Australian GreensJeremy Buckingham, The Greens NSW mining and agriculture spokespersonSophie Morris, Chief political correspondent for the Saturday Paper
Category
Tags
Arrow Back to archive
Arrow Back to Tuesday
Share Facebook Twitter Twitter Tumblr
Other stories from this day:
You might also be interested in: