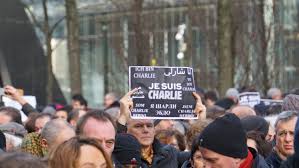 The recent spout of terrorist attacks in France has led many to question why France is being continually targeted. Some experts say internal tension between French Muslims and non-Muslims has spurred a wave of extremist attacks. The country’s hard-line secularism has led many French Muslims to feel disenfranchised from the rest of French society. French Studies expert Dr Natalie Doyle says Muslim extremists are using the country’s secularism to justify their attacks.