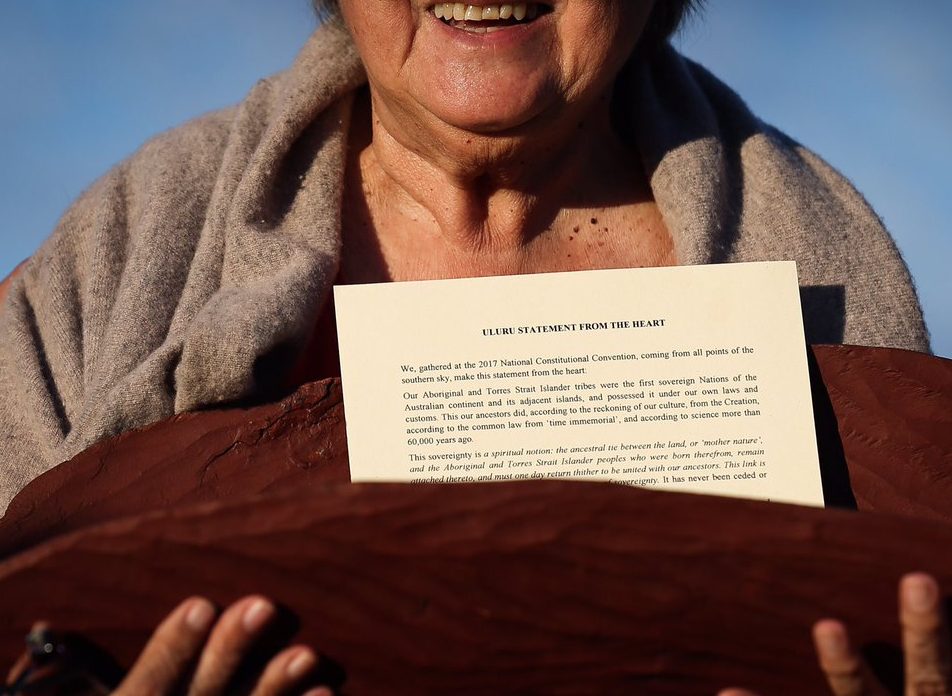 After six months of regional dialogues, and three days of meetings in Uluru.

The Referendum Council, a body set up by Malcolm Turnbull and Bill Shorten, issued a powerful statement outlining what indigenous people want in constitutional reform.

Called the Uluru Statement From the Heart, the statement has outright rejected the idea of mere recognition in the constitution, and instead called for a representative body to be enshrined in the nation’s founding document and a begin the process  towards treaty building.

Download Audio
Produced By
Featured in storyDr Megan Davis, Professor of Law, and Member of the Referendum CouncilHarry Hobbs, PhD Candidate, Lionel Murphy Postgraduate Scholar, and a Garth Nettheim Doctoral Teaching Fellow at the University of New South Wales
Category
Tags
Arrow Back to archive
Arrow Back to Monday
Share Facebook Twitter Twitter Tumblr
Other stories from this day:
You might also be interested in: