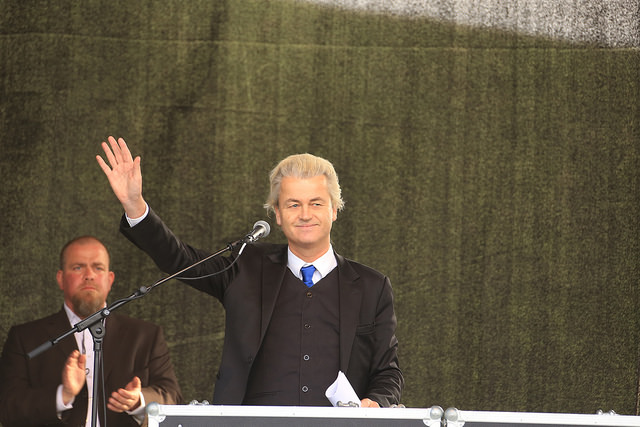 Geert Wilders PVV (Party for Freedom) led opinion polls for several months, then his popularity waned as most major parties ruled out a coalition government with PVV.

Government in the Netherlands has been coalitions in recent years due to a fracturing of the traditional parties and a movement toward political polarisation.

But now, Wilders has been on an anti-immigrant campaign against “Morroccan scum” and Turkish politicians who want to go to the Netherlands and campaign, and the polls indicate he is again ahead. At this stage, anything could happen.

The 53-year-old has vowed that if elected he will pull the Netherlands out of the EU, ban the sale of Korans, close mosques and Islamic schools, shut Dutch borders and ban Muslim migrants.

Mr.Wilders has been convicted of hate speech, but could he end up as Prime Minister of his country?