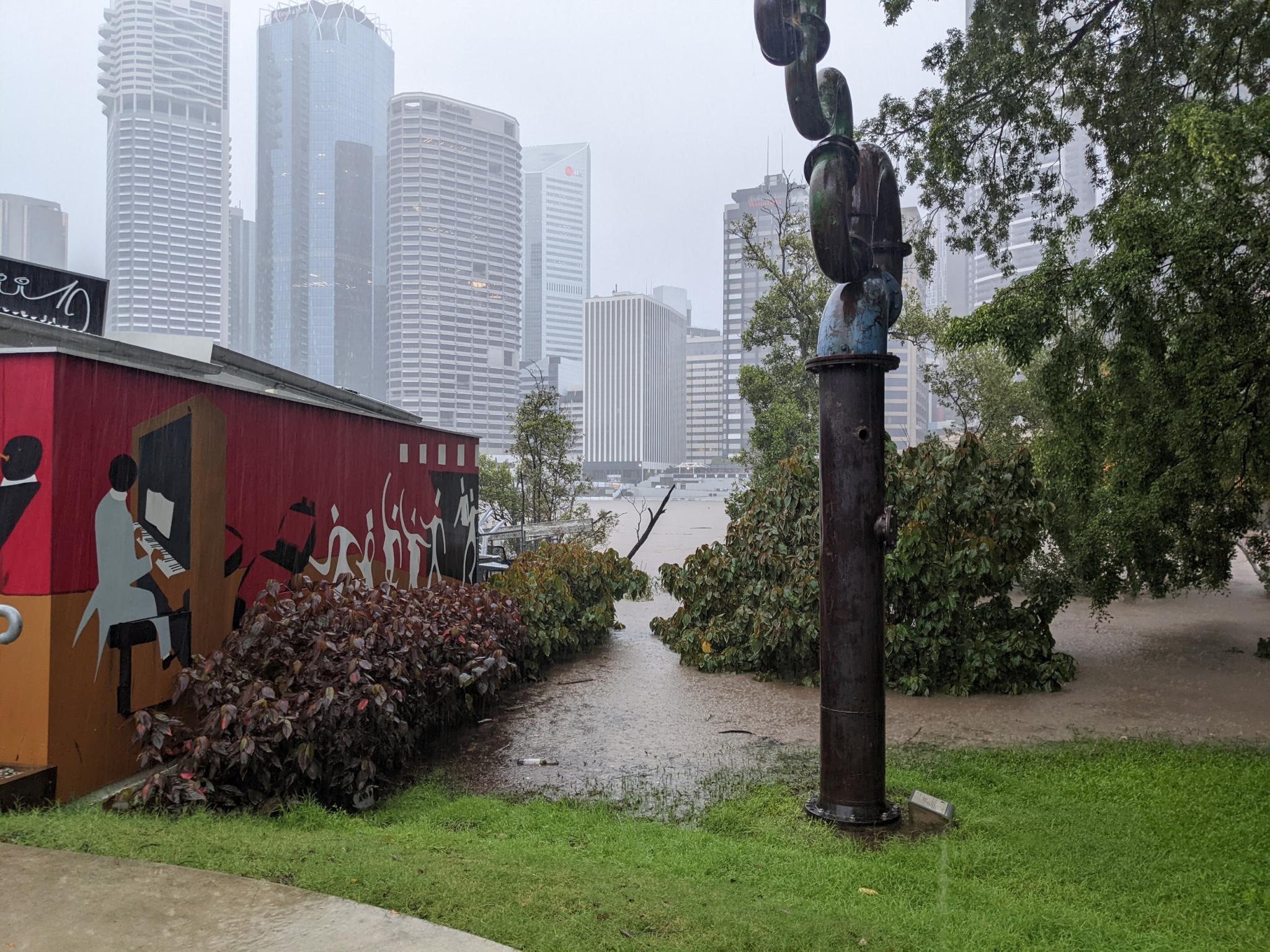 South East Queensland and the Northern Rivers in NSW have had an enormous amount of water dumped on them in the last week creating multiple flood crises.

At 3pm today the Wilsons River (which is joined by the Leycester Creek at Lismore) was at 14.37 m – well above the 11.5m  height that flooded the town in 2017.  It is the highest recorded on the river since records began in 1880.  Many were trapped in their homes as the river suddenly rose in the darkness early this morning.  It is unclear how many may have died at this stage.

Meanwhile, the Brisbane river is still in full flood, with a 40 metre floating crane breaking its moorings and crews battling to get it under control as the Story Bridge was closed and Howard Smith wharves evacuated as it careened down river in the afternoon.  Queensland floods have caused 8 deaths so far.

The Brisbane river has inundated lower-lying areas of the city with people marooned in high rise with no electricity and carparks underwater.