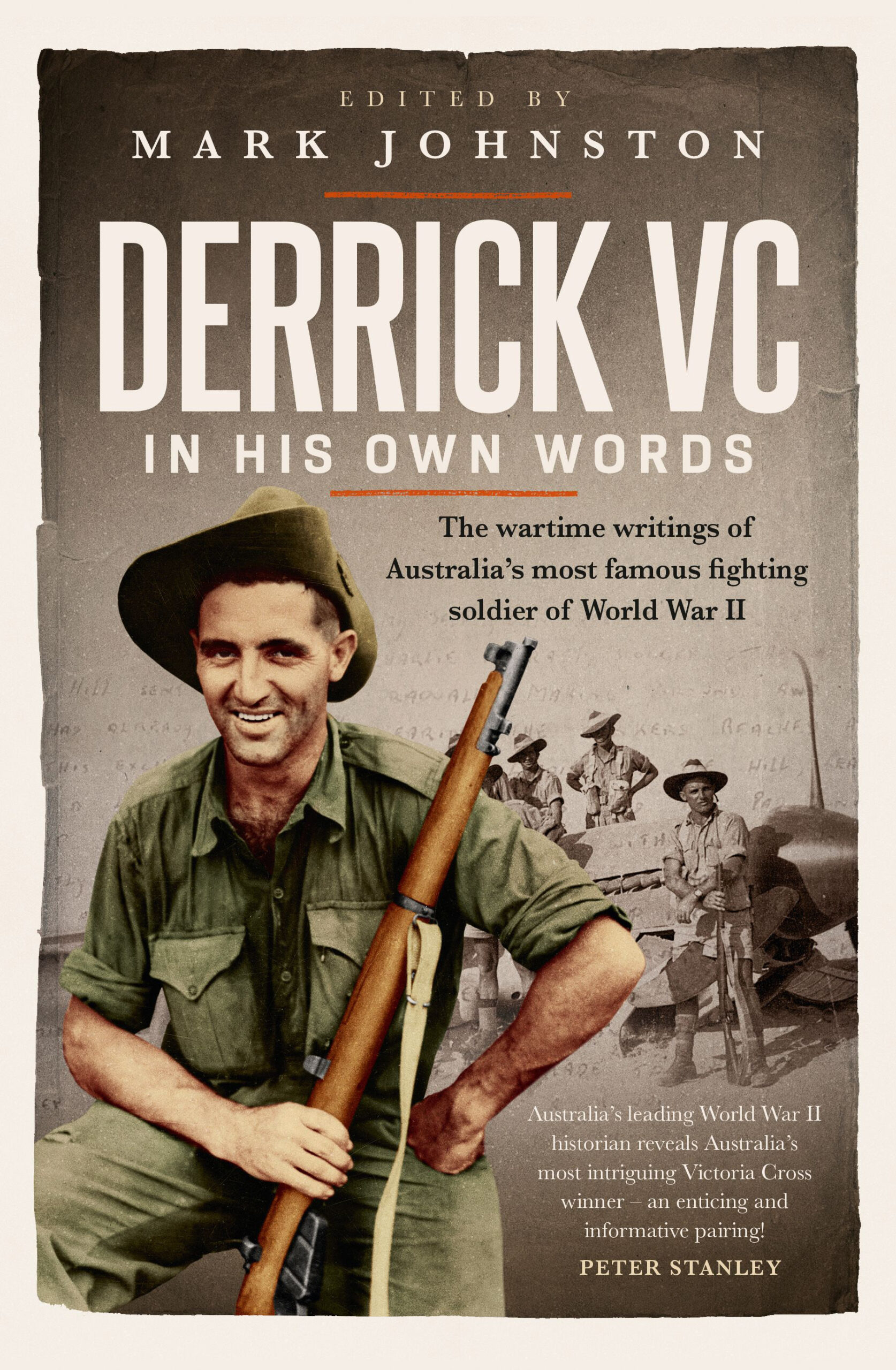 Many servicemen in World War 2 were ‘called up’, that is they were conscripted into the Army, but others like Tom Derrick ‘joined up’ voluntarily.

Tom ‘Diver‘ Derrick won a Victoria Cross in New Guinea in World War 2 but also was one of the original Rats of Tobruk and was highly decorated the crucial battle of El Alamain. He was a national hero by 1994, but we now have a rare insight into a man who actually survived his experience in winning a Victoria Cross. because unusually he left is the legacy of his diaries.

Tom Derrick was just an ordinary labourer who had not had much education- but his diaries have proved to be a treasure trove of information.