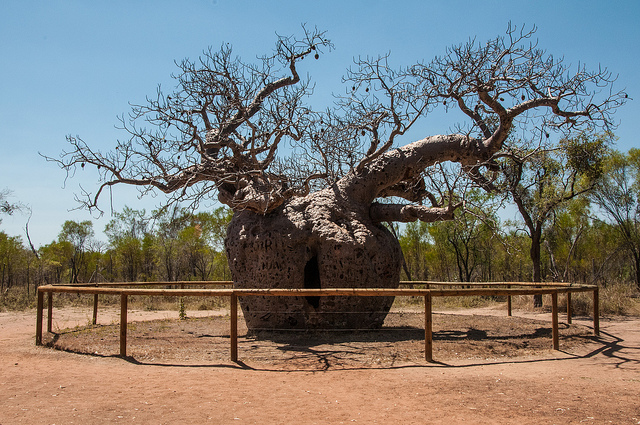 Endemic to the Kimberley and to a part of the Northern Territory, the Boab tree is a unique and iconic tree with a complicated history.

On the outskirts of Derby in Western Australia, a Boab estimated to be around 1500 years old is often referred to as The Prison Boab.

It is named so because, as the story goes, Aboriginal people were imprisoned and chained to the hollowed tree.

The tree has attracted many tourists over the years thanks to its dark past, but there are those who say that the tree was never used as a prison at all.