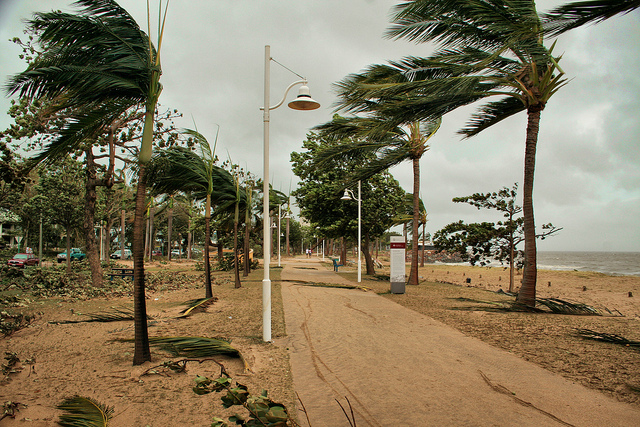 Currently at category 3, cyclone Debbie is set to emulate cyclone Yasi from 2011.  With alerts from Townsville south to Mackay, the latest reports indicate it may cross the coast just south of Bowen, the city that was the backdrop to the film Australia.

Forced evacuations are underway and many people are stocking up on supplies, preparing for the worst.  Radio plays a vital part in emergency situations, and we checked in with Tim Reuben who had just come off a nine hour shift at Hit 103.1 in Townsville, as the whole station bunkered down for the blow.