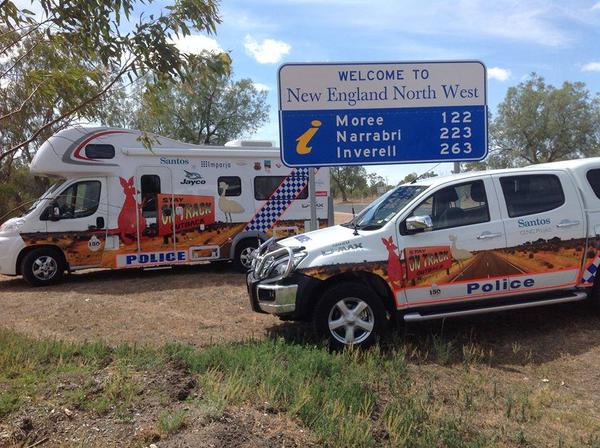 A campaign by the Queensland Police Service to raise awareness about road deaths, Stay on Track Outback, is drawing criticism after corporate sponsorship appeared on roadside police vehicles. One sponsor, mining company Santos, is proving especially controversial after vehicles branded with the company logo appeared near Narrabri, NSW where the company is campaigning for Coal Seam Gas exploration. Members of the community who are against CSG mining fear that their protests are not being heard, and question whether the police are displaying a conflict of interest in their duty to protect the public (note: QLD police did not respond when asked for comment)