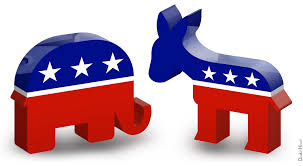 American voters will once again head to the ballot box on November 6 to cast their vote in the Midterm Elections.

However, after two years of deep political polarisation, these elections have proven to an almost unofficial referendum on the Trump Presidency.

Although it was initially predicted that the Democrats would win in a landslide dubbed the ‘Blue Wave’, the Republicans have recently made a comeback and could now possibly retain their electoral dominance.