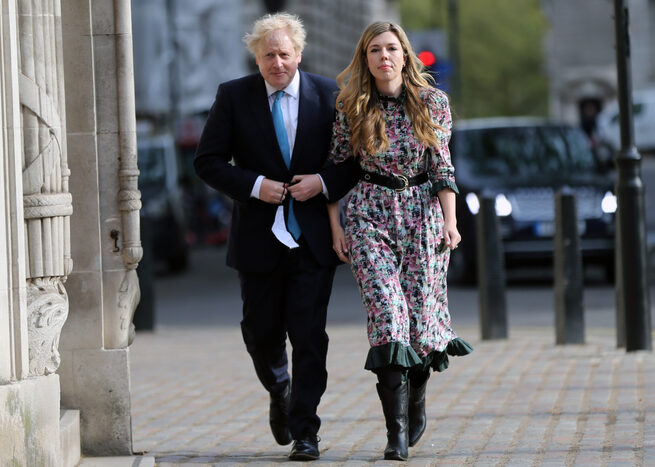 Deep in crisis from the 7 hours of  testimony to MP’s from his former adviser Dominic Cummings just last week, British PM Boris Johnson has wrested back the media narrative by getting married on Sunday in Westminster Cathedral.

His bride, Carrie Symonds with whom he already has a son Wilfred, used to work in the Conservative Party press office.

For most politicians, the scandal would be terminal but not for a man who is known by a single name – Boris