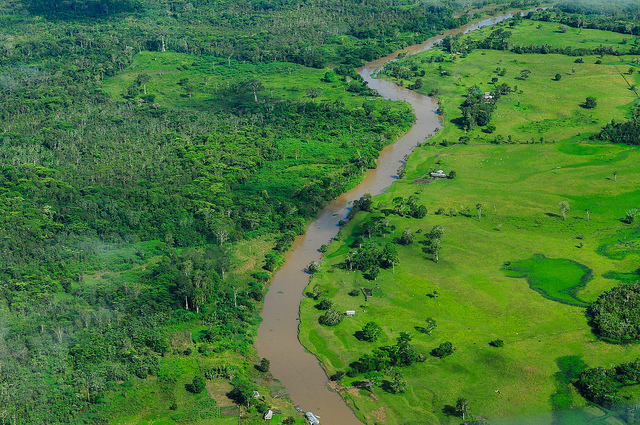 Play
Stop
Aerial view of the Amazon Rainforest, near Manaus, the capital of the Brazilian state of Amazonas, Neil Palmer/CIAT

The Amazon region contains the world’s largest tropical rainforest, and around twenty five percent of all carbon stored on land.

Sixty percent of this massive carbon sink is located in Brazil, and newly-elected Brazilian president Jair Bolsonaro has stated his intention to open remove protections which limit deforestation and commercial activities in the region.

The proposal has environmentalists on edge, and we spoke to Distinguished Professor Bill Laurance, from James Cook University, about the potential global impact of Brazil’s environmental policies.