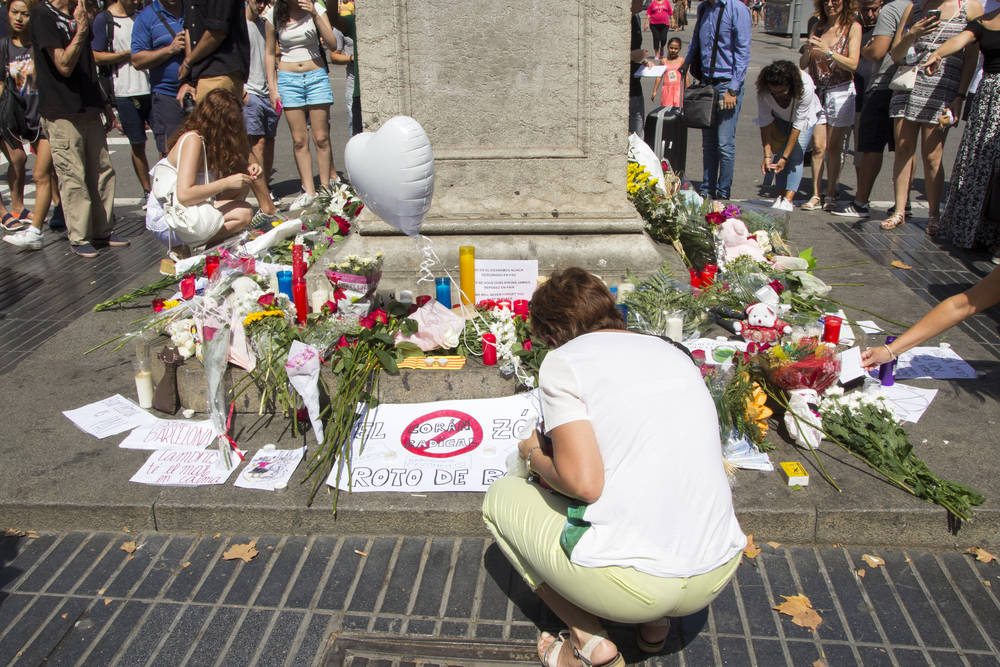 Play
Stop
By IRENE COLL INGLES - Terrorist Attack. People reunited on Barcelona's Rambla one day after the attack, giving tribute to the at least 14 fatal victims.

Fourteen people were killed in two terrorist attacks in Spain on Thursday and Friday. In Barcelona a van drove into the crowd late Thursday afternoon on the Ramblas, the most tourist artery of the Catalan metropolis. A woman succumbed to her wounds in Cambrils, where the second attack occurred a few hours later.

The threat is also high above Australia, and on Sunday, August 20th, the Turnbull government released a new national strategic plan to tackle the growing use of vehicles as weapons by terrorists.