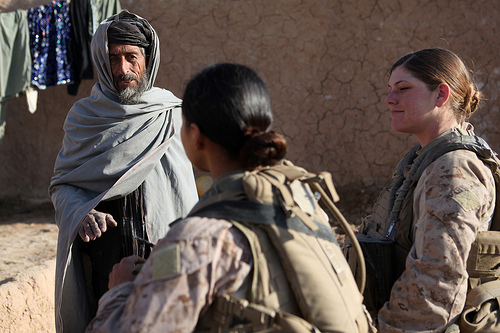 Unlike Australia, the U.S. military still bans women from serving in direct combat positions. The ban remains in spite of decreasing division between combat and noncombat positions, and the growing recognition of contributions by female soldiers Megan MacKenzie is a lecturer in Government and International Relations and the University of Sydney, who argues that it is time for the U.S. military to get over its hang-ups and acknowledge women’s rightful place on the battlefield.