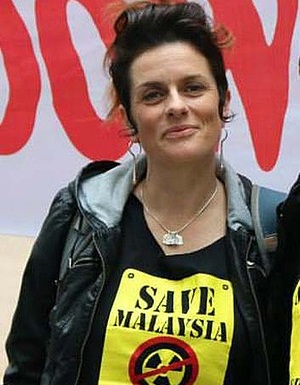 Australian activist Natalie Lowrey is still being detained by Malaysian police after being arrested at a protest on Sunday 22nd June. The protest was outside Lynas Advanced Materials Plant, which processes rare earths mined by Australian company Lynas in Western Australia. The Malaysian community have been campaigning against the plant for years, concerned about the impact of radioactive waste.

The 15 locals who were arrested have been released, but Ms Lowrey is still being held without charge. Malaysian and Australian groups are calling for her swift release.