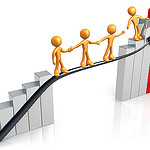 Australia’s population increases have made 200 of the nations’s biggest skeptics gather in one oddly over-populated room in Melbourne to host a three day conference named ‘Population: Past, Present and Future.’ The 16th annual event’s aim is to discuss what many experts claims is the most critical issue for Australia’s demography and economy in the near future. Despite the panel’s enthusiasm for such notions, are the Australian public actually concerned about future population increases?