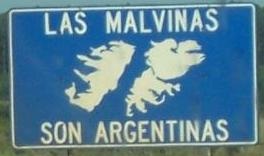 The Falkland Islands (‘las Malvinas’ in Spanish) are at the centre of a territorial dispute between the UK and Argentina, which dates back to the 19th century. A bloody war in 1982 escalated tensions. Now, 99.8% residents of the Falklands have just voted to remain a British overseas territory but Argentina has dismissed the results. Christopher Testa discussed the dispute with the Argentine ambassador to Australia, Pedro Villagra Delgado.