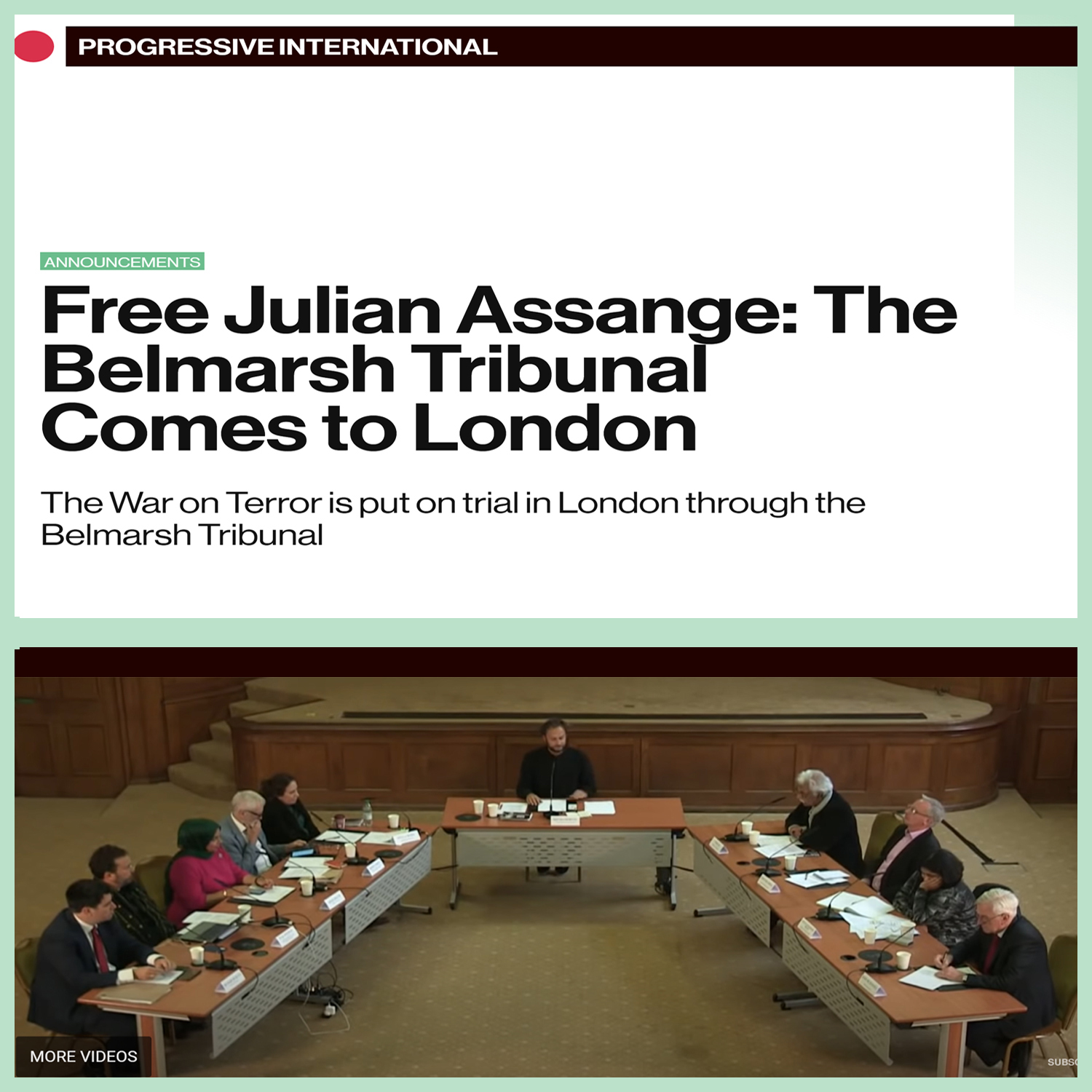 Last Friday supporters of Assange and campaigners for his release held the Belmarsh Tribunal, a public hearing named after the jail in which Assange is being held on remand.

Convened by the Progressive International the Tribunal’s stated purpose is to hold the United States accountable for war crimes, as revealed by Wikileaks.