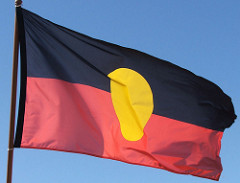 2GB shock jock Alan Jones has sparked controversy again declaring on his radio show that Australia “needs more stolen generations.” After a minute of silence was held at an Indigenous All Stars rugby league match, Jones called for more Aboriginal children to be removed from parents with drug and alcohol abuse issues. But with more Indigenous children being removed from their families today than at any other time in Australian history, Jones’ remarks have caused widespread anger in the Indigenous community.