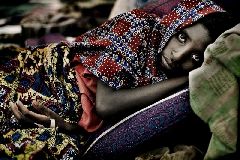 In recent months, famous Sri Lankan cricket players have been used in television ads to spruke the Gillard government’s message to potential asylum seekers – that is don’t get on a boat…it’s not worth it. Within Sri Lanka, billboards and pamphlets attempt to deter Sri Lankans wanting to seek asylum in Australia.

But with the influx of asylum seekers skyrocketing in recent months, it doesn’t take an advertising guru to tell you that the Government’s $1.9million ad campaign isn’t selling the goods.