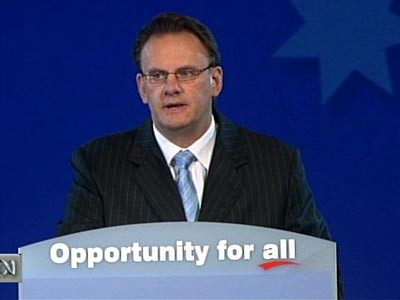 2004 was a remarkable year for Australian Federal Politics.

With a new election cycle came a new Labor Leader; a blunt and passionate former Liverpool Council Mayor from the south-west of Sydney.

His name was Mark Latham.

Fifteen years later, and Latham’s style of firebrand populism has seen him enter the NSW Upper House for One Nation, and become a regular conservative commentator.

But one of Latham’s biggest, yet least recognised contributions to contemporary Australia  was the rich vein of material he provided to budding satirists The Chaser.

2004 was a storm in a political tea cup, and to celebrate The Wire’s 15th birthday, we look back upon Mr Latham and his legacy.